What’s the Impact of Fear of Failure?

“Failure is not the opposite of success, it is part of success.” 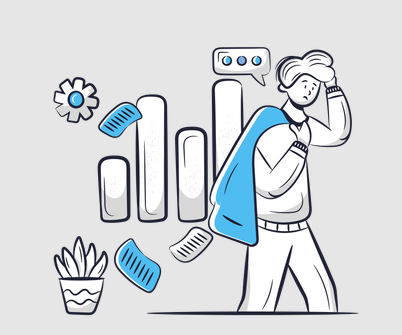 How is the Attitude About Failure Different in Agile?

One of the key things that differentiate an Agile approach from a traditional plan-driven approach is the attitude towards failure:

In an Agile environment,

In other words, sometimes you just have to try something and see what works. Being totally risk-averse and attempting to analyze and anticipate every possible risk and contingency before you even get started may not produce the best results.

In a traditional, plan-driven environment,

The approach to risk management is directly related to fear of failure. I don’t think either the Agile or the plan-driven approach is necessarily right or wrong. It’s a question of how much risk is appropriate to accept and what’s the best way to manage it.

The Edge of Chaos

Some businesses in our current client spectrum have to operate on the “edge of chaos” because of a highly competitive business environment. If they were overly risk-averse and had excessive fear of failure, they would not be successful in their business. That would be a failure in itself to not do anything to “push the envelope”.

Another saying I like is “If you’ve never failed, you’re not trying hard enough” 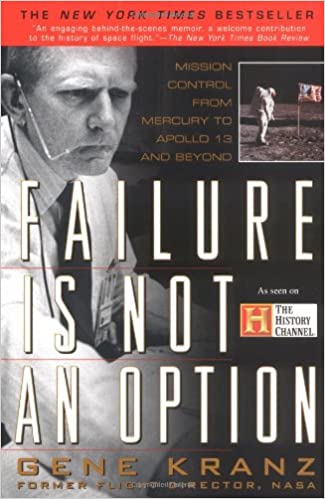 There’s a lot of grey area between those extremes where it may require considerable judgment to figure out what the right approach should be. Any project that involves a large amount of uncertainty might be an example. You need to determine:

It would probably be very irresponsible to take a cavalier approach and ignore the potential impact of risks. However, on the other hand, it could be equally problematic to get bogged down in “analysis paralysis” and never get started. Trying to anticipate and mitigate every possible risk that could possibly happen could easily stop progress.

What Level of Risk Is Acceptable?

The most important thing is to have a clear mutual understanding and a sense of partnership between the project team and the project sponsor about:

In an Agile project, that’s typically easier to do because the relationship with the business sponsor is based on a spirit of trust and partnership as well as openness and transparency. The Business Sponsor should:

In many traditional, plan-driven environments, the business sponsors may not have that level of maturity and there may be less of a spirit of partnership with the project team.

There is generally a direct relationship between risk and opportunity and completely avoiding risks due to the impact of fear of failure may lead to a very mediocre solution!

How can we help?

Talk to us about how we can help your organisation bridge the gap towards transformation program success. Making it real is what we do.

How can you connect with us?

We’d love to hear about your journey. Did reflecting on Fear of Failure help?

With over 20 years of Consulting, Program Management & Senior Leadership experience, Jason has delivered initiatives for large multi-national / multi-regional organisations as well as SME’s and is an expert in shaping solutions to fit a customer’s project needs.

Leverage Our Experience and Deep Knowledge of the Market, we will help you take your company to the next level

Page load link
We use cookies on our website to give you the most relevant experience by remembering your preferences and repeat visits. By clicking “Accept All”, you consent to the use of ALL the cookies. However, you may visit "Cookie Settings" to provide a controlled consent.
Cookie SettingsAccept All
Manage consent

This website uses cookies to improve your experience while you navigate through the website. Out of these, the cookies that are categorized as necessary are stored on your browser as they are essential for the working of basic functionalities of the website. We also use third-party cookies that help us analyze and understand how you use this website. These cookies will be stored in your browser only with your consent. You also have the option to opt-out of these cookies. But opting out of some of these cookies may affect your browsing experience.
Necessary Always Enabled
Necessary cookies are absolutely essential for the website to function properly. These cookies ensure basic functionalities and security features of the website, anonymously.
Functional
Functional cookies help to perform certain functionalities like sharing the content of the website on social media platforms, collect feedbacks, and other third-party features.
Performance
Performance cookies are used to understand and analyze the key performance indexes of the website which helps in delivering a better user experience for the visitors.
Analytics
Analytical cookies are used to understand how visitors interact with the website. These cookies help provide information on metrics the number of visitors, bounce rate, traffic source, etc.
Advertisement
Advertisement cookies are used to provide visitors with relevant ads and marketing campaigns. These cookies track visitors across websites and collect information to provide customized ads.
Others
Other uncategorized cookies are those that are being analyzed and have not been classified into a category as yet.
SAVE & ACCEPT