How to Align Your Leadership Team on Strategy

Leadership teams are often misaligned on strategy, even when they don’t appear to be. In team meetings, people tend to publicly endorse the direction of the company (particularly if the boss is present).

When it comes to allocating resources to a new agreed-upon strategy – for example, a complex transformation program – the agreement can turn into active resistance. Few are eager to allocate resources. Our company uses anonymous real-time digital polling as one of our effective solutions. Differences of opinion are readily revealed when team members vote in real-time. Consensus can then be built through focused discussion.

Consider calling a meeting of the leadership team to gauge how important the transformation program is to the company.

If they privately believed it wasn’t a strategic imperative, would they dare to say it was? The meeting ends with a seemingly clear consensus that the program is crucial. However, what happens after the meeting, when the team member assigned to lead the program asks team members to nominate people to help? Too often, people say they can’t spare the resources.

Everyone in the meeting publicly agreed with the direction. But when it came time to allocate resources, the apparent agreement turned into active resistance.

Exposing misalignments is key to overcoming this challenge. Make it crystal clear where your team agrees, and where it disagrees, rather than letting disagreements simmer. Real-time polling tools have proven to be very helpful for these discussions.

Consider an example from work we did with a global insurance firm for all of its Asia Pacific operations. It’s not hard to see how technologies such as blockchain and artificial intelligence could reconfigure an industry. But it’s easy to disagree about the pace and scale of change and therefore the required strategic response.

We brought the top team together to review our analysis of industry trends. After a lengthy discussion, we asked each team member to use a polling solution on his or her smartphone to anonymously enter the percent of next year’s profits that they thought the firm should invest in new growth innovation.

After the votes were cast, we displayed the data (waiting to unveil the votes helps to combat bias) as a word cloud, with numbers that had multiple votes appearing larger. 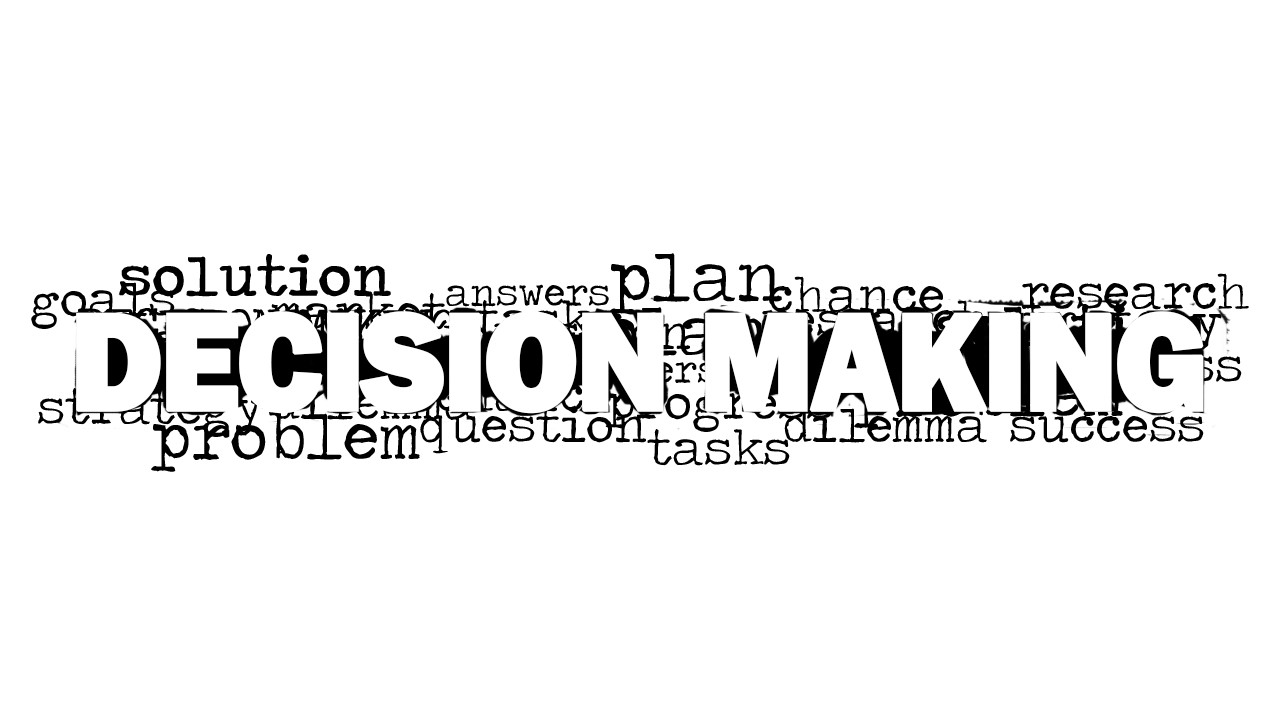 Summary reports would have shown that the average was 10 percent, with a standard deviation of four percent. But we were more interested in outliers, which ranged from two to twenty. The people who submitted the lowest and highest numbers were asked to reveal themselves and explain why they chose these extremes.

Even though we didn’t tell people ahead of time that we would put them on the spot, the outliers spoke up immediately. It is easy to assume that people in senior positions are used to expressing and defending their opinions. We have seen similar quick responses in other industries. It is important to acknowledge that the goal isn’t to make a decision (that will come later), but to identify and share misalignments. The result creates an understanding within a team that it is okay to take a risky stance – an enabler of productive disagreement.

The discussion helped to identify the assumptions on which the low investment and high investment leaders agreed (such as the fact that new technologies would ultimately impact the company’s business model), and, most critically, where they didn’t (such as the pace and scale at which those technologies would advance, and the willingness of the company’s shareholding partners to invest in growth). Focusing only on the average score would have obscured these differences, leading those at both extremes feeling disconnected from the apparent consensus – and reinforcing the false perception that everyone was on the same page.

Surfacing the contentious assumptions clarified what we needed to study more thoroughly before making an investment plan to build their firm of the future. It also highlighted the importance of identifying “strategic signposts” – developments such as technological breakthroughs, changes in customer behaviour, or competitive moves – that signalled the need to accelerate or slow down the response. The team ultimately decided to make a significant investment, but one that was about 75 percent of the average of the real-time poll. The commitment stuck as everyone’s voice was heard and assumptions that might have otherwise been unstated, such as those about partners’ response, were raised and addressed.

Surfacing misalignments won’t magically make them go away. It’s critical to also make sure you then discover why they exist, and then build a consensus. Taking the time to see where everyone stands is the first step to getting everyone to truly stand together.

How can we help?

Talk to us about how we can help your organisation  Align on Strategy. Making it real is what we do.

How can you connect with us?

We’d love to hear about your journey. Did reflecting on Strategic Decisions help?

With over 20 years of Consulting, Program Management & Senior Leadership experience, Jason has delivered initiatives for large multi-national / multi-regional organisations as well as SME’s and is an expert in shaping solutions to fit a customer’s project needs.

Leverage Our Experience and Deep Knowledge of the Market, we will help you take your company to the next level

Page load link
We use cookies on our website to give you the most relevant experience by remembering your preferences and repeat visits. By clicking “Accept All”, you consent to the use of ALL the cookies. However, you may visit "Cookie Settings" to provide a controlled consent.
Cookie SettingsAccept All
Manage consent

This website uses cookies to improve your experience while you navigate through the website. Out of these, the cookies that are categorized as necessary are stored on your browser as they are essential for the working of basic functionalities of the website. We also use third-party cookies that help us analyze and understand how you use this website. These cookies will be stored in your browser only with your consent. You also have the option to opt-out of these cookies. But opting out of some of these cookies may affect your browsing experience.
Necessary Always Enabled
Necessary cookies are absolutely essential for the website to function properly. These cookies ensure basic functionalities and security features of the website, anonymously.
Functional
Functional cookies help to perform certain functionalities like sharing the content of the website on social media platforms, collect feedbacks, and other third-party features.
Performance
Performance cookies are used to understand and analyze the key performance indexes of the website which helps in delivering a better user experience for the visitors.
Analytics
Analytical cookies are used to understand how visitors interact with the website. These cookies help provide information on metrics the number of visitors, bounce rate, traffic source, etc.
Advertisement
Advertisement cookies are used to provide visitors with relevant ads and marketing campaigns. These cookies track visitors across websites and collect information to provide customized ads.
Others
Other uncategorized cookies are those that are being analyzed and have not been classified into a category as yet.
SAVE & ACCEPT